Many JAZZ Researchers are agreed that, African and European music are more united than divided. Adoption by one music of the stylistic characteristics of the other is always easiest when the one culture can find something common to itself in the other. Ernest Bornemon: "African and European music are variations on the same language, which developed on both sides of the Mediterranean sea and have a common origin in pre-Mediterranean times. The real line of division exists between the common heritage of Europe and Africa on the one hand and the Asiatic music forms on the other, which has stretched out beyond the Mediterrean area."

Brass bands in the European tradition are wanted for the whole of the nineteenth century. It is more difficult to reconstruct what it was that they played. That it may often have been European march music, is what Olmstead tells, when he talks of the military parades being usually accompanied by 'Negro Brass Bands', which were recruited from amongst house-slaves and freed slaves (Journey in the Seaboard Slave States, 1856'). The popularity of marches with Afro-Americans has been traced to elements in the music and to social factors by jazz researcher Alfons Dauer. On the one hand the functional emphasis on the rythm in the march corresponded to African experiences, on the other hand, the Afro-Americans in the simple harmonic interval series of European marches found resemblances to their African conceptions of harmonic constructions: and finally in the short, constantly repeated melody motives found similarities to their own additive melodic forms. The 'Spasm bands' and the 'tub, jug and washboard bands' can be seen as the historical precursors to jazzbands. In the Spasm Bands the blacks used imitation European instruments made by primitive means in the 'tub' bands on the other hand African instrument were replaced by instruments that could be used likewise. 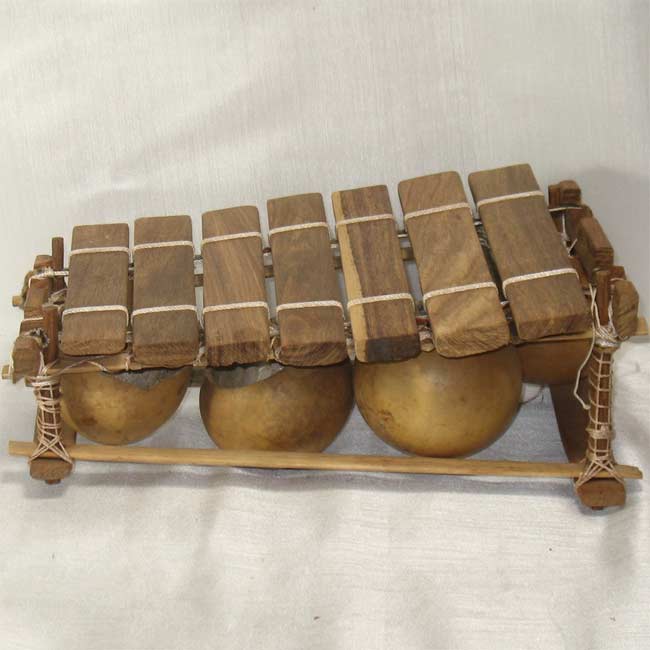 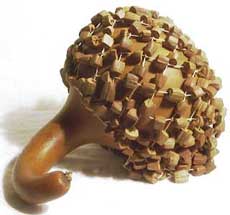 instrument from West Africa consisting of a dried gourd with beads woven into a net covering the gourd. 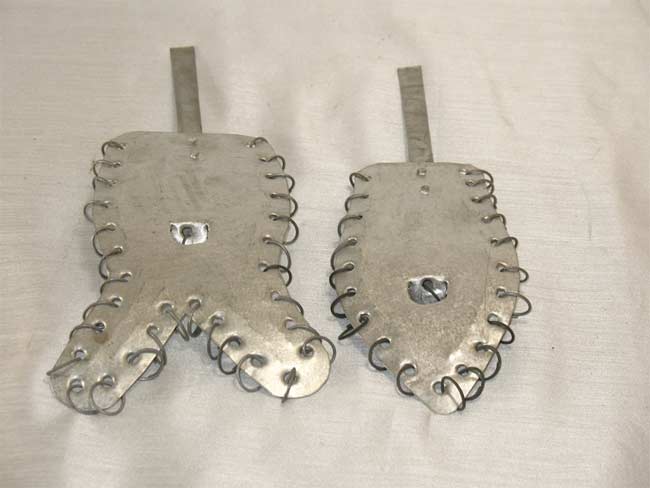