CULTURE OF THE WHITES

The research into the historical development of jazz in the nineteenth century has been so concentrated on the influence of European musical tradition on the Afro-American culture and the transitional forms into jazz, that there was no room for research into the influence of black culture on the classical music of the whites. In the compositions of Louis Moreau Gottschalk however (1829-1869) one can see how much the young American classical music was influenced not only by the European musical tradition but also the Afro-American one. Yet certain historical and societal as well as topographical conditions were needed. In the relatively liberal atmosphere of New Orleans it was for example possible during the yearly guest-production to get to know the new pieces by the Parisian Opera or the Comedie Francaise whilst at the same experiencing African cultural works. Gottschalk, the first American composer who made a name in Europe and who was equally appreciated by Chopin and Berlioz, was familiar from his youth with the works of Bellini, Meyerbeer, Racine and Moliere and with the local folk music. Even his 'Creole Compositions' written in Paris between 1844 and 1846 would have been scarcely imaginable without the cultural situation of his hometown New Orleans. 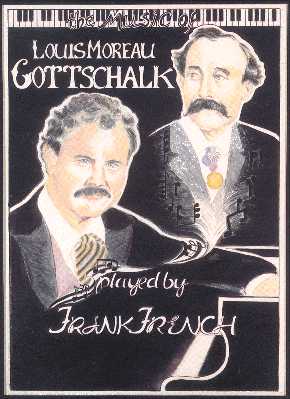 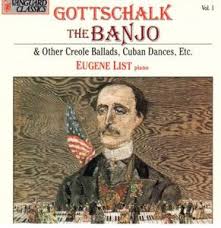