GERMANY IN THE TWENTIES, RHYTHM OF THE BIG CITY

In the years after the first world war, despite inflation, unemployment and political instability Berlin developed into one of the most glittering centres of metropolitan amusement culture in Europe. It was here that the collapse of the era of Wilhelm II was experienced as a thrust towards a new exciting age, in which the characteristics of modern civilisation, technology, the big city, mass consumption, sport and amusement set the tone. At the some time, exaggerated dance and fashion styles were becoming the rage; cabarets, bars and sport associations were the meeting places of the rising amusement society; film, a popular song and the gramophone record industry as well as radio provided new mass entertainment. At this time, both musically and socio-psychologically, jazz played the most revolutionary role; jazz satisfied the existing need for the exotic and eccentric, for vitality and ecstasy, for the erotic and the emotional whilst at the same time it was international, chicque, trendy and extravagant. In Berlin, the enthusiasm for jazz and for the fashionable dance. The Charleston grew with the appearance of the first authentic big bands from America. These included Sam Wooding and his band the Chocolate Kiddies, Paul Whiteman and finally Josephine Baker with her Charleston Jazzband. Under these portents jazz was also used by the visual artists and writers of the Weimar republic as a weapon of protest against the traditional conventions and against bourgeois complacency. Whilst for the expressionist artist the characteristics of the instinctive and wildly exotic were the determining factors in jazz, for the generation of realists and functionalists jazz was more an expression of the technological machine age; it was proclaimed 'a representation of the age: chaos, machinery, noise, the Pinnacle of extensibility, the victory of unceremoniousness over irony, the anger of those who guard the public good', as Paul Stefan wrote in 'Anbruch' in 1925.
Just as irreconcilable was the 'anger of those who guard the public good': in German nationalist conservative circles the 'Negro and jungle music' as jazz was called was seen as the Product of the most primal animal drives. To them, jazz was a symbol of cultural decline. From 1933 onwards, when the achievements of the Weimar Republic were being dismantled under the rule of the Notional Socialists, the culturally critical aversion to jazz changed into brutal violent aggression. 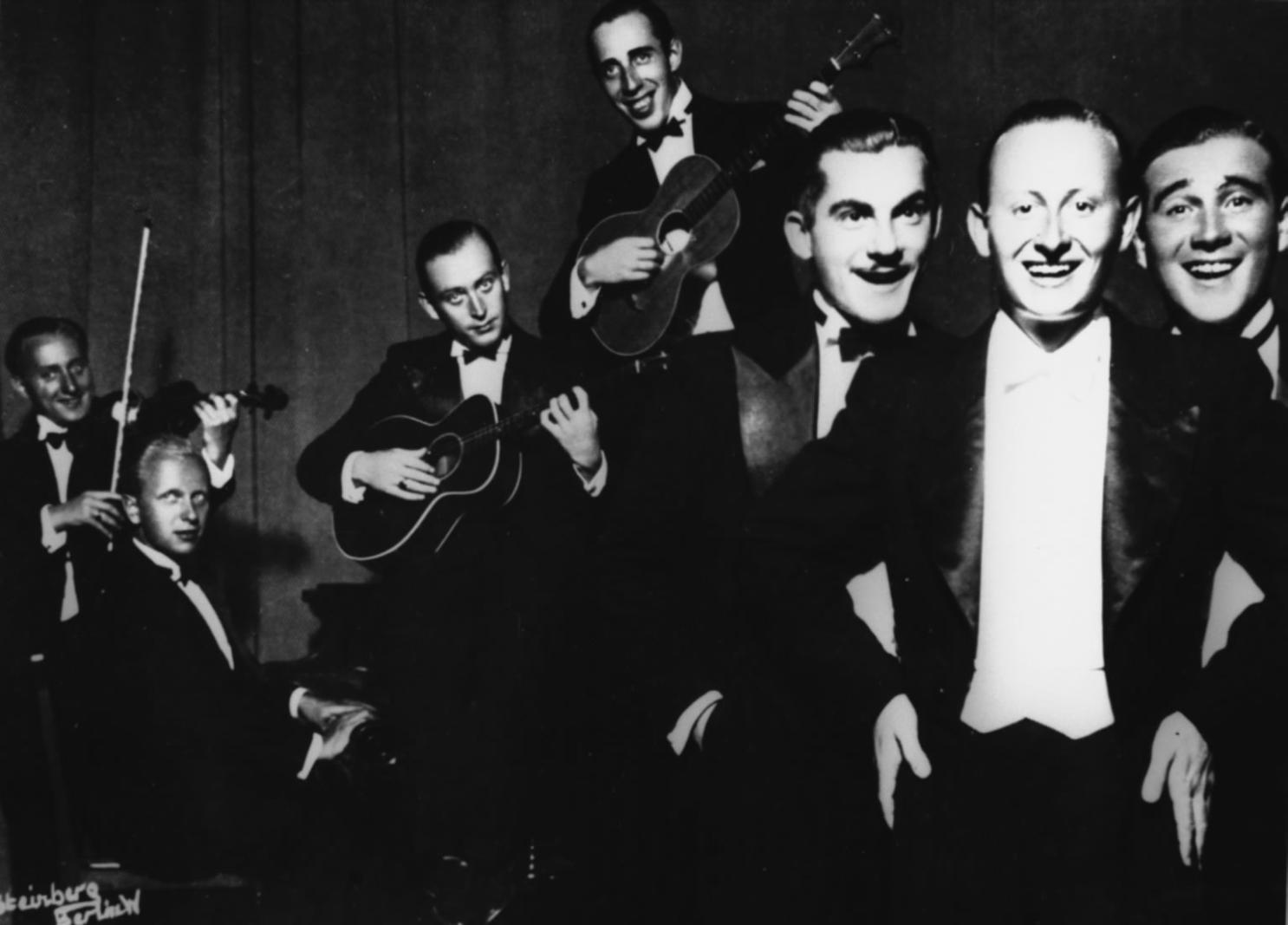 Bandleader Max Rumpf (r) and some of his soloists 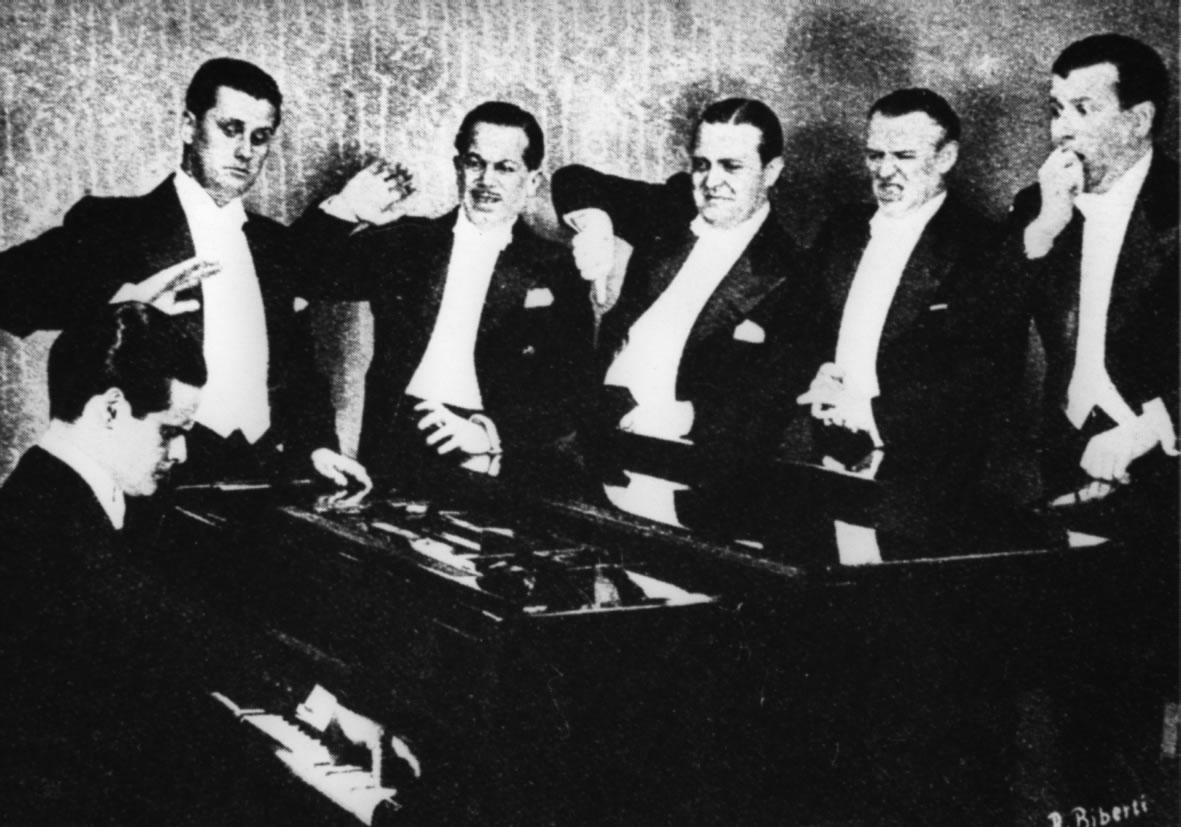 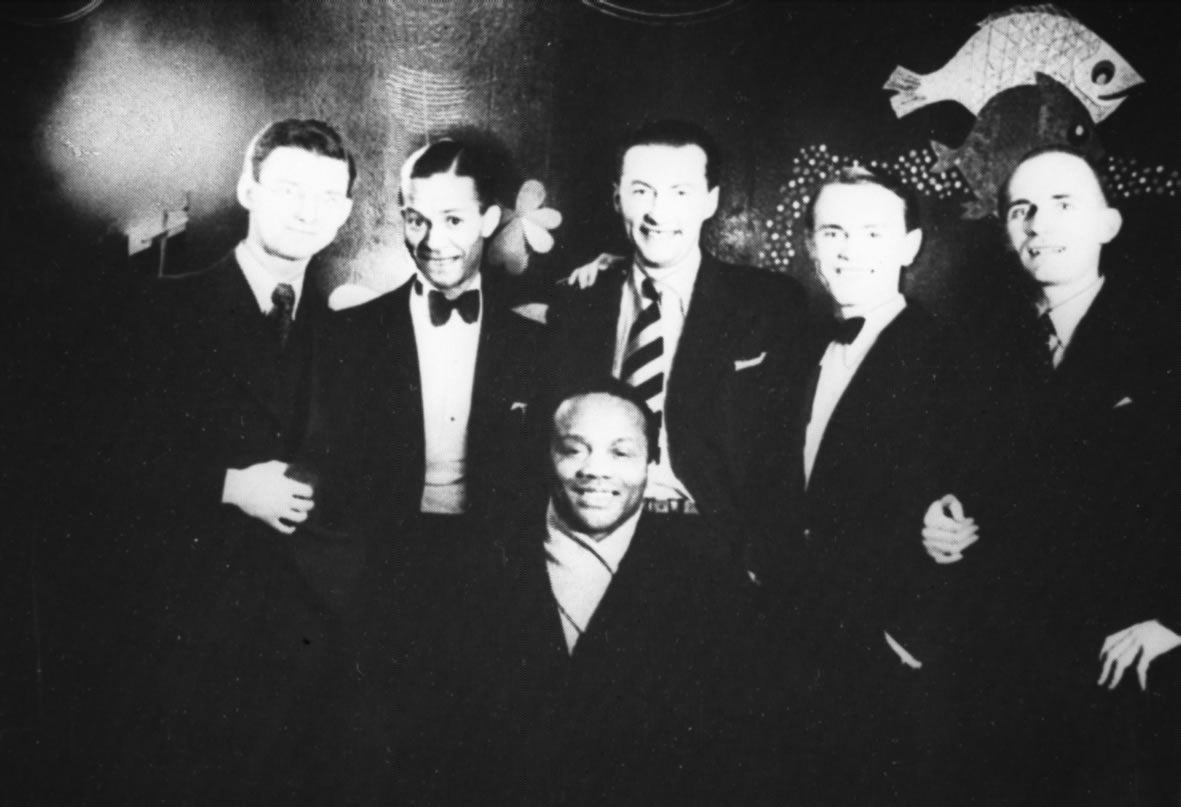 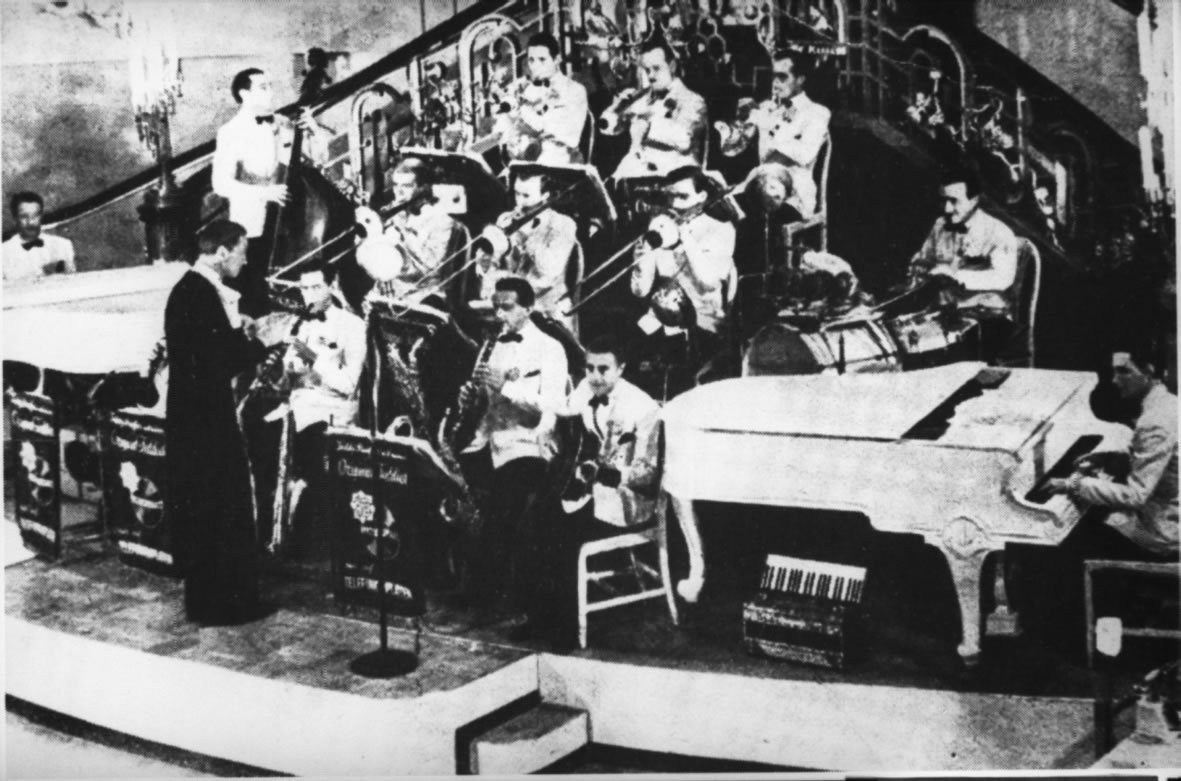 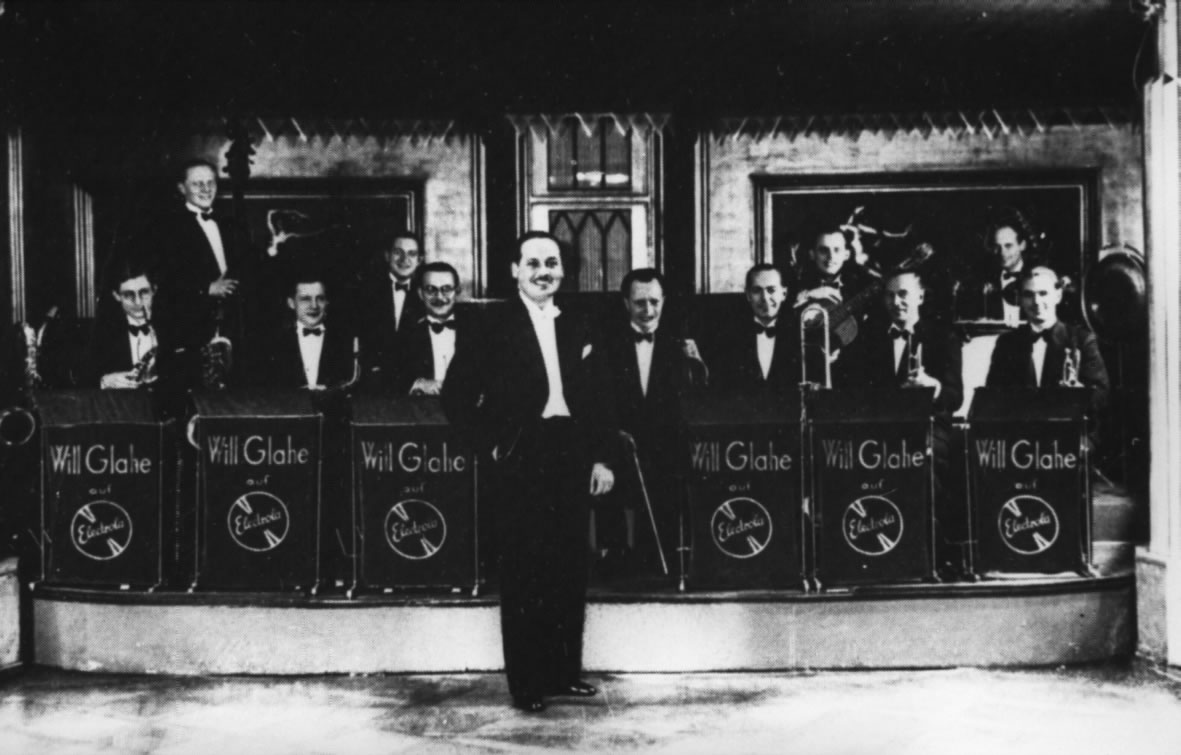 Will Glahé and his Orchestra 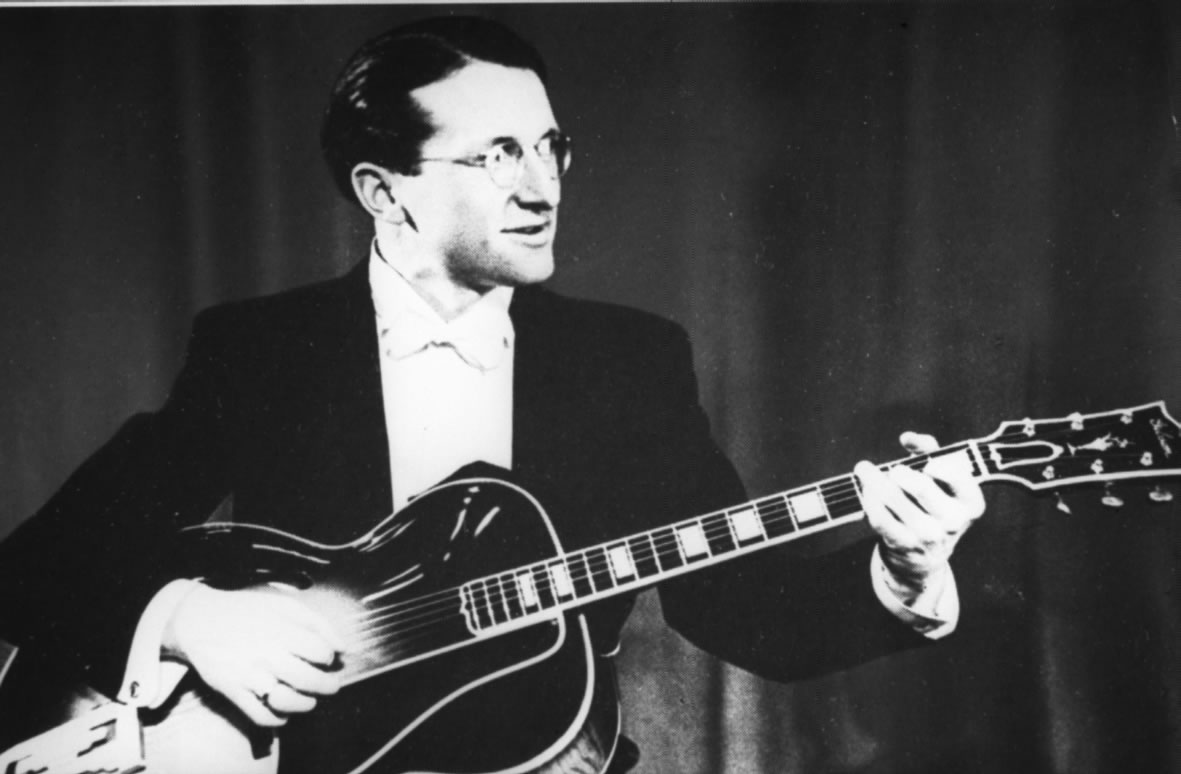 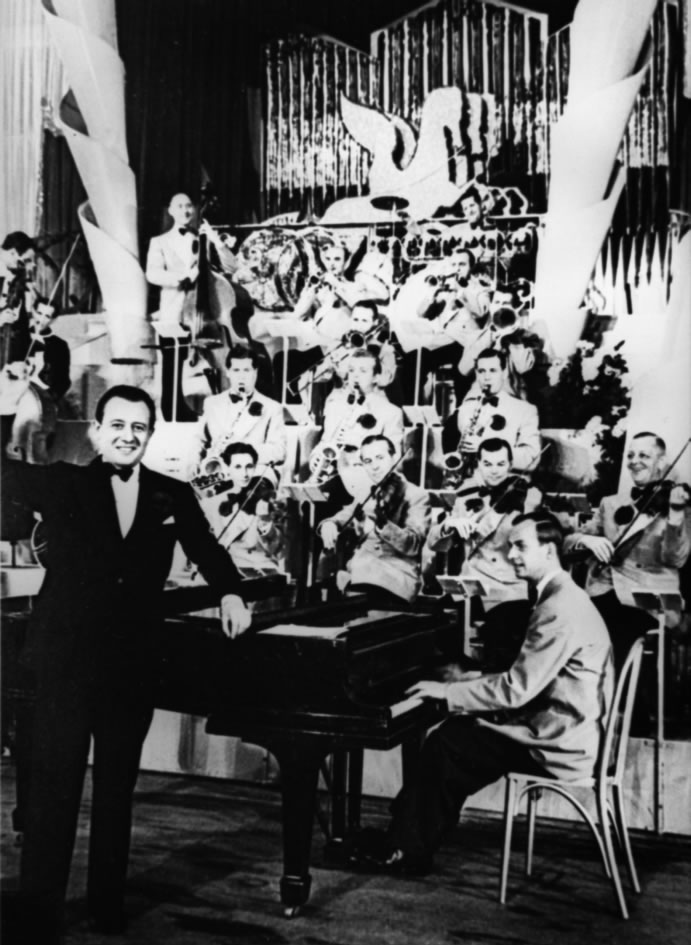 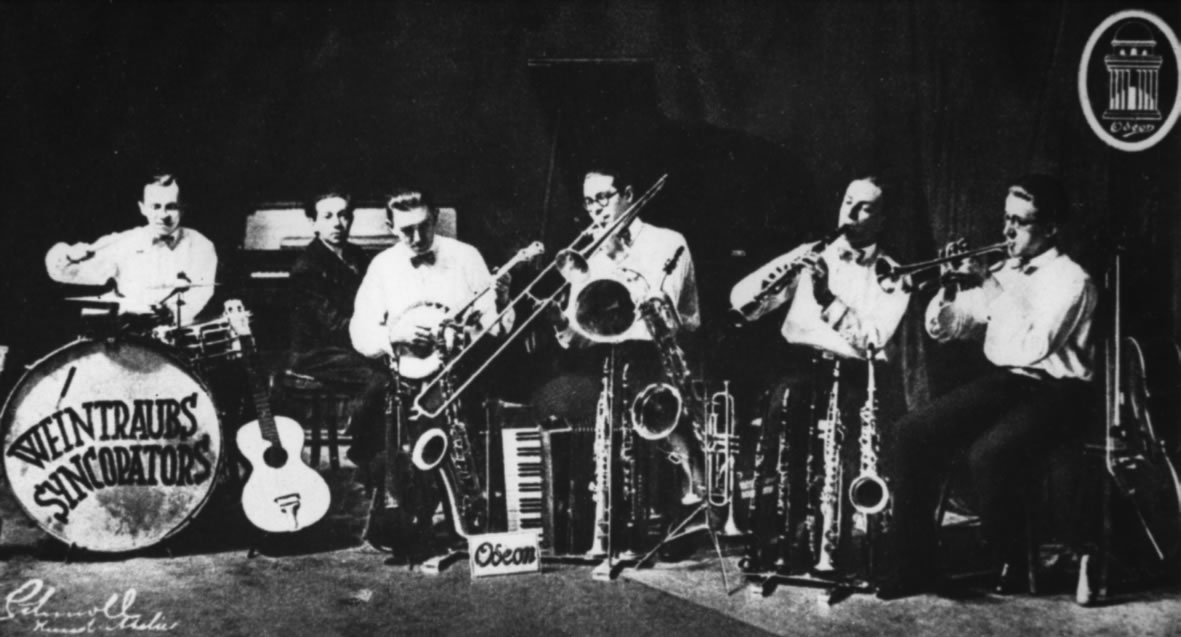 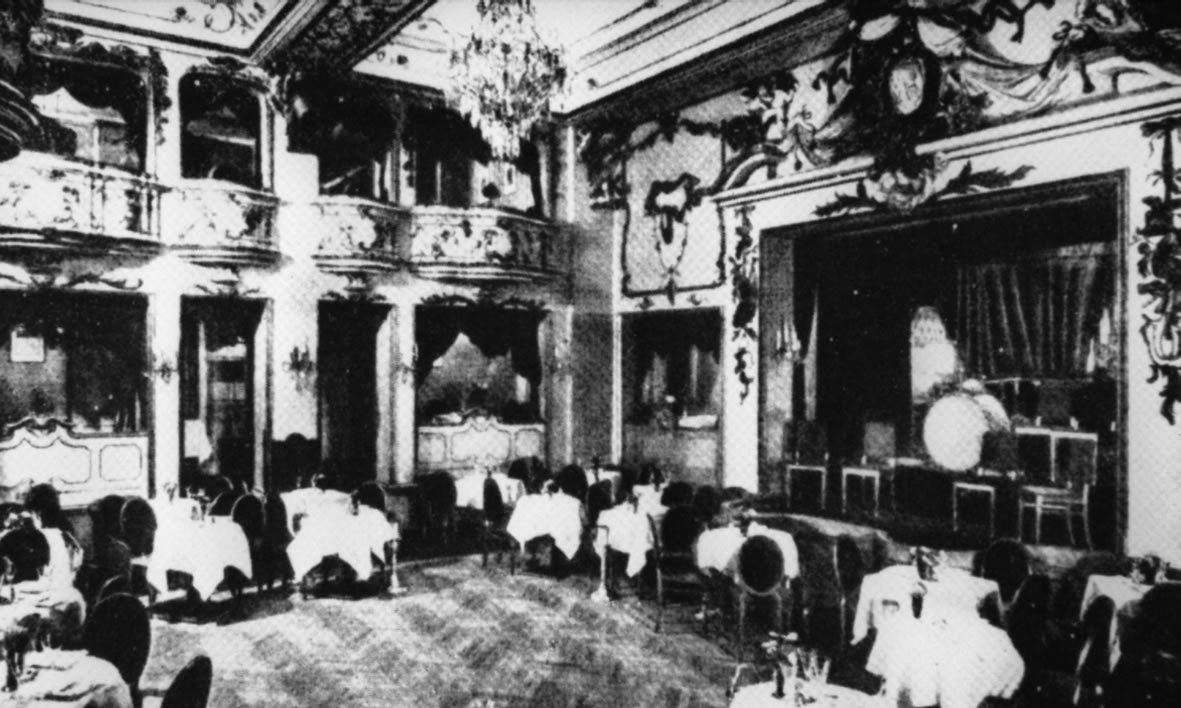